History of Goldschmiede Selbiger in Berlin 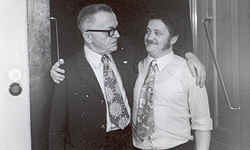 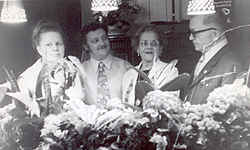 April 1st, 1976 Gerhard Selbiger bought the goldsmith studio of Wilhelm Treytnar in Berlin-Mitte in Weinbergsweg 26. This was the beginning of "Goldschmiede Selbiger". 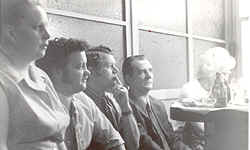 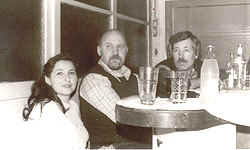 They celebrated this day with a big party in the workshop. 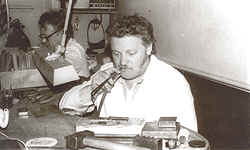 In the following years Gerhard and Annerose Selbiger gave the workshop a new own profile.
Even if there were difficulties to get precious gemstones, gold and silver, the workshop developed to a well known place in Berlin.
They only repaired, alteraid and built new jewelry in these years.

1989, Norbert Selbiger started to work in his father's workshop.
He made his master craftsmen diploma in 1991.
After the German unification, the workshop had to find its position on the Berlin market again. 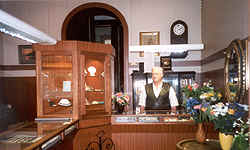 The shop was redesigned and costumers could find industrial jewelry along with handcrafted work. The goldsmith studio Selbiger improved service and survived the wild times after German unification.

Late in the 90s, the house Weinbergsweg 26 went down more and more. Changing owners and the uncertainty of short rental contracts and the diminishing wealth of the area around Rosenthaler Platz made Selbigers have to leave this historical place. They decided to either establish a new or to buy another workshop. 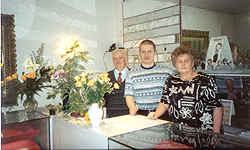 January 1st, 2000 Norbert Selbiger bought the old goldsmith studio of Fritz Schwabe at Weitlingstraße 30 in Berlin-Lichtenberg.
At the same time he became the leader of the old workshop as well and led those two shops as one company. 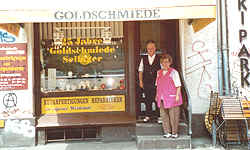 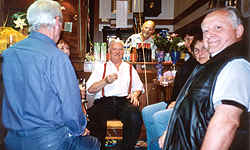 Gerhard and Annerose Selbiger retired and the old workshop got closed.
They closed the doors with different feelings, yet they closed the workshop like it started: They celebrated a big party. 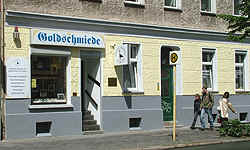 All effort was put in the new goldsmith studio in Berlin-Lichtenberg. The best tools of both workshops were combined to the new workshop, showcases were transferred to their new place, as well.
Now it was possible to give full service to every costumer. 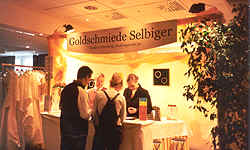 Participations on fairs and fashion shows in 2004 led to the creation of an own exhibition stand.
It showed the idea of personality and creativity of the Goldschmiede Selbiger.

The combination of the old tradition of handcraft goldsmith work and new modern design is what makes this team of the "Goldschmiede Selbiger" precious.
Here you will find only well trained goldsmiths, who want to make your wishes come true.
They want to prepare small pieces of art for every day's occasions.
Those goldsmiths don’t like to show their jewelry in showcases.
They want to see it on your fingers, necks or clothes. 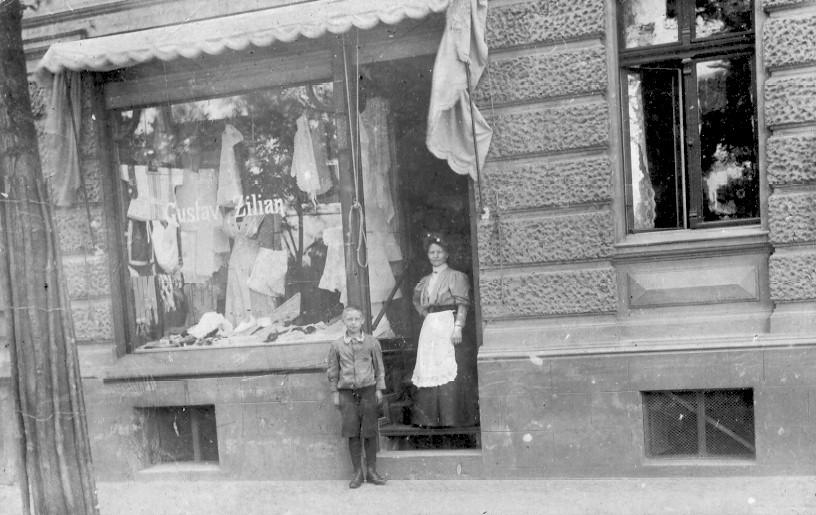